Tirthan Valley is easily one of the most breathtaking places in all of Himachal Pradesh. Surrounded by the Great Himalayan National Park (GHNP), this beautiful untouched valley is located right next to the Tirthan river. Spring is easily the best time to go, with blooming flowers all around.

Gushaini is a small village in Tirthan Valley. It is prettily located on the banks of the pristine Tirthan River and has lots of greenery. The village has a happy vibe with rustic wooden buildings and smiling kids running in its bylanes. Gushaini is the gateway for treks in Tirthan Valley and is hardly 10 km away from Banjar. The confluence of Tirthan and Flachan river is a sight worth visiting and is quite close to Gushaini.

Nicknamed Trout Country because of the abundance of Trout fishes found in the Tirthan river, makes Gushaini a great place for fishing. Besides, for those tourists whose idea of the perfect holiday is camping and spending time in the lap of mother nature, Gusahini offers the perfect escape. One can set up a portable tents on the banks of the river to enjoy a vacation of solitude and self searching with the melodious music of the flowing water in the background to rejuvenate them.

About 20 km from here, is situated The Great Himalayan National Park where one can find a huge variety of flora and fauna since the denizens of the park include a good 30 species of mammals and 300 species of birds. A walk into the park by the way of cedar woods is highly recommended and is sure to make one’s trip memorable.

Enclosed by the Great Himalayan National Park with flowing rivers, lush green valleys and lakes, Tirthan Valley–one of the most beautiful places in Himachal,

The Great Himalayan National Park (GHNP), located in the state of Himachal Pradesh lies within the Parvati valley of Kullu division. Its boundaries are also contiguous with the Pin Valley National Park. Spread over an area of 754 sq. km, the Great Himalayan National Park is the newest addition to the list of India’s most amazing national parks. Built in the year 1984, the park lies at an altitude of 1500 to 6000 meters. The exquisite location and scenic surroundings of this park are highlighted with Deodar and Oak trees.

It boasts of over 375 fauna species, including 31 species of mammals and 181 species of birds. The fauna of the park includes some of the most exotic species of animals like snow leopard, blue sheep, Himalayan brown bear, Himalayan tahr, musk deer, goral and many others.

In June 2014, the Great Himalayan National Park was added to the UNESCO list of World Heritage Sites. The UNESCO World Heritage Site Committee granted the status to the park under the criteria of “outstanding significance for biodiversity conservation”.

The best time of the year to visit the Great Himalayan National Park is between the months of April to June and September to November.

Kasol is a village in Himachal Pradesh, northern India, Kasol is also known as Stoners Paradise. Kasol is known for its Israeli inhabitants, Parvati river, trekking base-camp and Malana. A tourist hub for Israelis, with signs of various cafes and restaurants in Hebrew serving great food, of cuisines from around the world.

The snow clad Himalayas to verdant landscape and clear blue sky adds a touch of mystery to the place. Nestled in the lap of Parvati valley alongside the streaming and gurgling Parvati River, this remote village is a blessing for adventure buffs, trekkers and backpackers. With pleasant climate all around the year and low population density.

Rave parties have become frequent in Parbati valley, right from Kasol to Tosh – the last village of the valley. The last few years have seen a proliferation of harder drugs and rave parties in Kullu valley, especially in remote areas of Parbati valley.

The Israeli habitat which is turning into a wonderland for cannabis users and traders alike, also sees many rave parties being conducted throughout the year. If you’re in the Valley during the best months of the year, you’ll witness parties that turn wilder with the passing of days, and an assortment of nationals from various countries, all intent on having another crazy experience in a trance-like state.

Necking party, DJ, charas, alcohol and games like fire skipping ropes, alcohol drinking strength and dance until collapse are the main attractions for guests, especially during full moon nights of May, June and July. Backpackers from Israel, Russia, Australia, England and France top the list of those who come looking for such parties.

One such party, usually held on or one day before or after full moon nights, was organised on May 23 and 24, at Shairopa in Kullu district’s Banjar. Over the two nights, drugs worth lakhs of rupees are said to have been traded, but eventually only one person was arrested. This has led to allegations of administrative complicity in the rampant drug use, as also cultivation, in the state.

This full-moon party was allowed and protected by the district administration. Normally, the police do not allow more than two bottles of liquor at one place but this party had dozens of bottles, besides banned drugs. 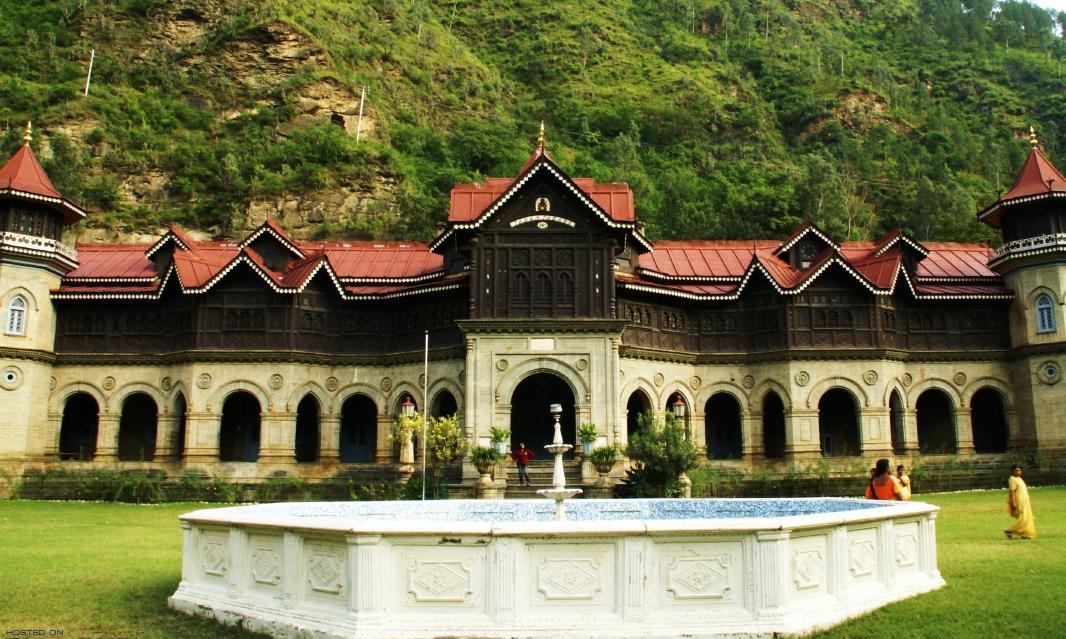 The principality of Basher (also known as Bushahar, Bushahar, Bushahr) was once among the largest of the twenty-eight Shimla Hill States under the administration of the British Raj keen to invest on regional and transcontinental trade and exploit Himalayan resources. It bordered on the north with Spiti, on the east with Tibet, on the south with Garhwal, and on the west with Jubbal, Kotkhai, Kumharsain, Kotgarh, and Kulu. Caught in the machinations of the British imperial enterprise, it was subjected to political cum-economic vicissitudes, acceding to the Indian Union in 1947. On the 8th March 1948, along with twenty other princely hill States of Punjab and Shimla, Bashahr signed an agreement which resulted in its inclusion in the Indian State of Himachal Pradesh. 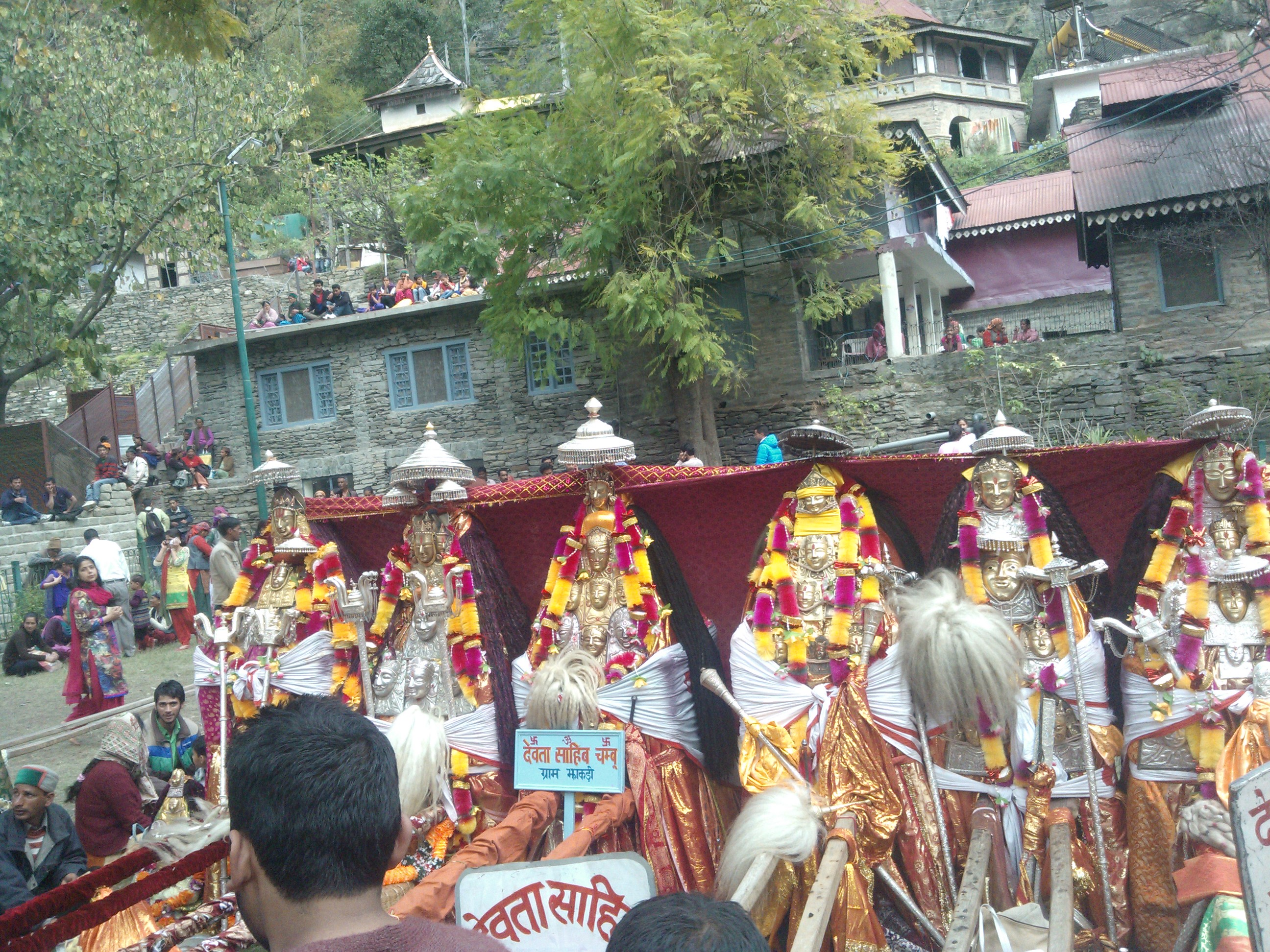 Phag Festival
An annual Phag fair is organised to herald the New Year (Chaitra-Vaishakh) as per the Hindu almanac, by the residents of Rampur in Shimla District of Himachal Pradesh. This four day long festival aims to celebrate the arrival of Hindu New Year, in the last week of Phalgun month of the Hindu calendar. This is a historic fair, which we have been celebrating from a long time.  Phag is derived from the Sanskrit word Phalgun or Fagun. The Phag festival showcases the cultural heritage of Himachalis (the residents of Himachal Pradesh). Seventeen deities from five districts; Shimla, Kullu, Manali, Kinnaur and Lahaul and Spiti, take part in the fair that is celebrated with much devotion and cultural display.

History of Phag Festival
Bushar dynasty was founded by ‘Pradhuman’, the son of Lord Krishna.In order to marry of Banasur daughter, the local chief of Shonitpur (Sarahan), Pradhuman have come to that place. He had an encounter with Banasur in which Banasur succumbs to his death. Pradhuman became the chief of Bushar and Kinnaur regions, since Banasur had no son.

Rampur was once the capital of Bushar State and Situated on the banks of the River Satluj.Phag fair dates back to Bushar dynasty centuries ago when the a lot of shepherds used to come to the gates of the palace’s along with their herds of sheep. And, the King used to host a fair for them.

Furing this festival farmers come in large groups to Rampur, carrying local deities on their heads or in religious processions.